Sophie’s Voice Foundation was founded in 2008 by actors Boris Kodjoe and Nicole Ari Parker in honor of their daughter Sophie who was diagnosed with Spina Bifida at birth. By dedicating themselves to a healthy lifestyle they found ways to address not only their daughters mental, physical and medical needs but also the needs of their entire family. Boris and Nicole have committed their resources and celebrity to educating multicultural communities worldwide on the importance of families working together to build healthy lifestyle habits one day at a time.

In December 2011, SVF established The Center for Spina Bifida Research, Prevention and Policy (CSB) at Emory University in Atlanta. Children’s Healthcare of Atlanta, Emory School of Medicine and the Rollins School of Public Health at Emory are also founding partners for this center, which seeks to provide national and international leadership in healthcare for individuals with spina bifida. CSB initiatives include the total global prevention of folic acid-preventable spina bifida and the transition for children from pediatric healthcare into accessible adult healthcare.

Nicole and Boris are extremely excited and motivated to be a voice for those unheard and to provide education about prevention and a possible cure for this most preventable birth defect.

As our children got older and grew more and more interested in some of our initiatives and projects, we decided to expand the work of the Foundation to accommodate some of Sophie and Nicolas’ social and cultural activism interests. As of June 2019 we have changed the name to the Kodjoe Family Foundation. 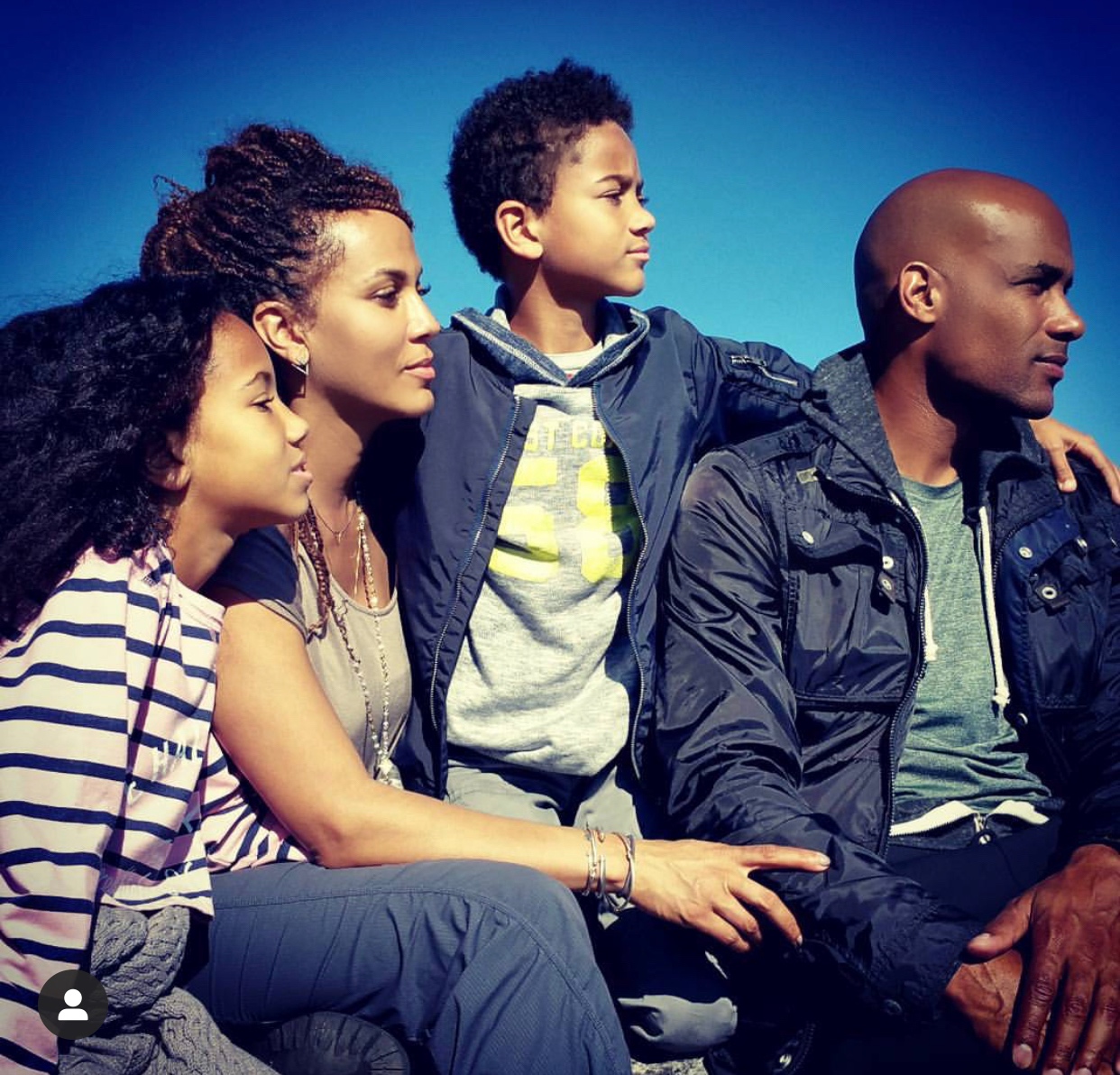 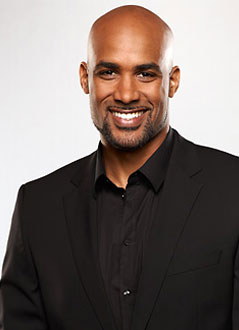 German native Kodjoe is best known for his role in the television series “Soul Food.” The show earned him three NAACP Award nominations for Outstanding Supporting Actor. In 2019 he joined as a series regular in the Shonda Rhimes ABC ensemble “Station 19”. Boris also appeared on the final season of House of Cards.

Kodjoe made his debut on Broadway in “Cat on a Hot Tin Roof,” opposite James Earl Jones. From there he went onto appear in films that include Soul Food, Resident Evil: Retribution, Resident Evil: Afterlife, Baggage Claim, Love and Basketball, Brown Sugar, Tyler Perry’s Madea’s Family Reunion, Addicted, The Gospel and Surrogates and the animated 20th Century FOX feature “Ferdinand” opposite Jon Cena. Television credits include “Last Man on Earth,” “Undercovers,” “The Real Husbands of Hollywood” and “Code Black”. In 2015, he and his wife, actress Nicole Ari Parker, took on new roles as daytime talk show hosts on “The Boris & Nicole Show” where they presented their take on everything from current events to parenting and relationships, as well as featured celebrity interviews.

Off screen, he and his brother Patrick launched World Of Alfa, an online clothing venture bringing the luxury of custom made suits and shirts to market at affordable prices. They also created the Full Circle Festival, a week long experience to Ghana which honors ancestry through legacy and heritage. The first ever festival garnered 189 million impressions online and the festival plans to expand in year two.

Boris also uses his voice to give back raising awareness around health issues in developing countries. He and Nicole started the The Kodjoe family Foundation in honor of his daughter Sophie who was diagnosed with Spina Bifida at birth. Together they advocate for the prevention of neural tube defects through folic acid fortification.

Kodjoe lives in Los Angeles with his wife and their two children, Sophie and Nicolas. His birthday is March 8. Follow him on Twitter @BorisKodjoe and Instagram @BorisKodjoe. 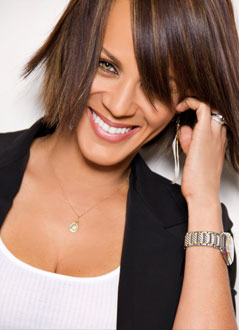 Seven-time NAACP Image Award nominee Nicole Ari Parker is best known for her outstanding performance as ‘Teri Joseph’ of Showtime’s award winning original series “Soul Food”. Nicole is now back on Showtime guest starring in the 2nd season of the hit series “I’m Dying up Here.” Parker also recurs as Giselle Barker on the Fox hit show “Empire.” She also starred  in the Universal ensemble comedy Almost Christmas opposite Danny Glover and Gabrielle Union and co-starred in the ABC drama series “Time After Time.”  She stars as therapist “Latrice Monroe” in the upcoming film Headshop directed by Kim Bass and reunites on the big screen with Forest Whitaker in the action thriller How It Ends set to release in 2018.

Nicole recurred opposite Morris Chestnut in the FOX series “Rosewood” and guest starred with Kevin Hart and husband Boris Kodjoe in the hit BET series “The Real Husbands of Hollywood.”  In 2015, Nicole took on a new role as daytime talk show host with her husband, actor Boris Kodjoe.  “The Boris & Nicole Show” had a 4 week test run on select FOX owned stations in over 20 markets including New York and Los Angeles.  The series brought the couple’s take on everything from current events to parenting and relationships as well as feature celebrity interviews.

Nicole commanded the stage at the Broadhurst Theater in her 2012 Broadway debut as “Blanche DuBois” in Tennessee Williams’ A Streetcar Named Desire opposite Blair Underwood for director Emily Mann.  Her powerful performance as Blanche earned her an Outer Critics Award nomination.  In 2014, she reunited with director Emily Mann for as Cleopatra in Antony and Cleopatra at the McCarter Theatre Center.

Nicole is a graduate of NYU’s famed Tisch School of the Arts, Circle in the Square Studio. She has received a special award at the Urban World Film Festival, for Outstanding Body of Work as an Actress.

Nicole for the past 13 years has found her passion for helping others. Raised in a family of caregivers she knew this would part of her legacy. She established Sophie’s Voice Foundation, a charitable organization she started with husband Boris to raise awareness for global health and wellness initiatives in multicultural communities, inspired by their daughter Sophie who is living with spina bifida.  SVF has been featured in People Magazine and CNN among other notable media and is leading an international effort to prevent neural tube birth defects worldwide.

In 2012, Nicole created and launched The GymWrap™ — a stylish headband developed to minimize the sweat absorption into one’s hair through a unique blend of materials that allows heat to escape while letting cool air in.  The GymWrap is sold in over 1100 Sally Beauty Supply and over 400 Wal-Marts nationwide.

Nicole resides in Los Angeles with her husband, Boris, their two children Sophie and Nicolas, and German Shepherd Max.

Poverty, injustice & inequality impact all of us.
It doesn’t take much to change one life. Join us today.